Thanks to Intesa Sanpaolo

Each year Fondazione Roberto Franceschi Onlus awards research grants to MSC and PhD students in order to finance data collection on the issues of social distress, poverty and inequality. The recipients become part of Network Roberto Franceschi, the transnational network of scholars formed for the purpose of carrying out and promoting scientific research in the field of study of prevention of social pathologies and forms of social exclusion, on matters pertaining to underdevelopment, marginalisation, poverty, migration and civil rights.

Irregular migrants attempt to cross the Mediterranean Sea to reach Europe. European border enforcement has the conflicting objectives of preventing irregular migration and treating migrants humanely. The former objective would lead to policies deterring border crossings at the cost of increasing risk for migrants, while the latter would require reducing migrants’ risk. Exploiting geo-located data on the universe of rescue operations for migrants leaving Africa from Libya to reach Europe from 2014 to 2017, I show that rescue policy influences departures. Using exogenous variation coming from commercial sea traffic, I also show that policy impacts the risk of death for migrants. The implied trade-off is dynamic, as present policy influences future policy expectations by migrants. Further, if the policymaker is more concerned with outcomes when they garner more visibility, this trade-off interacts with public attention. Using shocks to attention uncorrelated with policy and migration, I empirically find that this is the case. Then, I propose and estimate a dynamic model of policy choice and public attention. I show that past rescue policy was suboptimal in minimizing the number of migrants’ deaths. I also use the estimated preferences to assess the policymakers’ willingness to accept migrants’ deaths to reduce migrants’ arrivals.

The research contributes to the literature on human trafficking, focusing on the trafficking of Nigerian women for sexual purposes exploitation. Although it has a major impact on the Italian context, the phenomenon is hardly studied because of the hidden nature of the population involved. Primarily, the research aims at providing an original and comprehensive set of information by conducting a fieldwork, based on personal interview surveys with a structured questionnaire, on a sample of 38 victims of sexual exploitation, currently involved different programs for assistance and social integration in Italy. The extensive area of inquiry covers: biographic information of the women, their education, cultural values and information on the family background; the decision to leave and the features of the agreement with the traffickers, including the oath taking; the recovery path with the association and the access to job opportunities and healthcare facilities. The specific contribution is a twofold analysis of both the decision-making process that leads the women to leave their country, and the impact on their well-being of the anti-trafficking associations that welcome them in Italy.

Notably, for the first part of the analysis the purpose is to observe thebargaining power of the women, by exploring whether the decision is expression of an autonomous behavior or if the family plays a relevant role in it, with the particular focus on cultural values. It emerges that the migration decisions of the women are the product of household-level strategies, both in the cases in which the woman is herself willing to leave and in the opposite one. This is partly justified by the cultural context of strong family ties that shape behavioral intentions, by establishing normative pressure by the family. An additional remarkable insight concerns the role of the education.

The second part of analysis appraises the impact of the services offered by seven anti-trafficking organizations. The results stress the ability of the associations in becoming trusted points of reference in the community. This is underlined by the channels through which victims came to know about the associations or about existing medical facilities. Two services are particularly important in improving women’s integration in Italy: courses for the Italian language and informationabout healthcare access. The job searching opportunities seem to be more efficient in terms of training rather than actual employment. A related positive outcome is the increased number of women that are able to send remittances to their household. Finally, the associations are able to support the development of a greater level of autonomy. This achievement is necessary to deal with the consequences of the migration debt and the juju swearing.

How does the match between city characteristics and migrants’ skills influence their social and economic outcomes? We propose to study this question in the Italian setting. The random assignment of refugees to cities, that derived from the need to restructure the reception system and from the unexpected influx of refugees in Italy from 2014 onward, allows us to study this question. In order to understand how the match between the past job history of a refugee (or asylum seeker) and the current labor market in which she is embedded has an effect on her employment and social integration outcomes, we surveyed 100 refugees and asylum seekers in different Italian cities. We collected data on their social network, beliefs on the labor market, and economic outcomes, to explore what are the determinants of integration in the labor market in Italy. This pilot study will allow us on the one hand to investigate the assignment process of refugees to cities and, on the other hand, to collect data that would provide us with preliminary evidence of refugees’ social integration and economic outcomes.

The study I present responds to an emergent body of research that inquiries into the intersections between religion and migration. In particular, the research examines how religion becomes a significant component of the experience of migration and analyses how and in which ways it contributes to integration processes.The study focuses on various ethnic churches established by catholic immigrants both in the city of Milan and London. Methodologically, it draws on a qualitative research design, which includes in-depth interviews, ethnographic notes and a reach set of visual data. The presentation starts by analysing the spatial dynamics through which migrants have beenable to mould new religious landmarks in both cities. I explain how foreign believers “take a place” through an internal rewriting of native religious spaces.Their religious practises give indeed new meanings tothe local panorama, “transcending” national borders. Migrants, over time, develop a diasporic identity around these religious spaces and make sense in this way to their new experiences. Religious symbols and practises merge past and present, an “imaginary bridge” between the mother country and receiving nation. Within global cities, it ispossible to find these transnational spaces and processes. Adopting the lived-religion approach, i.e. a focus on immigrant subjectivities, the study moves on to discuss how migrants de facto experience religion, providing a classificationof the various meanings and functions of ethnic churches. I advance a series of perspectives emerging from migrants’ subjectivities: basically, what meanings members associate to their involvement. In light of this, I provide an inductive taxonomy of ethnic churches and their functions. This involves that churches are spaces of sociality, resilience and resistance as well as of participation and respectability. Then I present how ethnic churches provide what I label as a “welfare from below”. Churches indeed evolve, becoming intrinsically multifunctional to migrants’ needs. While “welfare”is mainly associated to the study of public policies, to the market and to the role of third sector, Iargue instead how this concept may be applied to the case of churches established by immigrantswithin host societies. I advance a schematization able to frame the welfare activitiesthat religious communities produce. I conclude by discussing how all these dynamics open new perspectives for studying the immigrants’ integration. Religion provides members various forms of well-being and precious welfare resources: all benefits that are hard to find in an unfamiliar context. In this sense, churches don’t represent a panacea, but they predispose and contribute to migrants’ integration process. Finally, I discuss how ethnic churches and more generally immigrant faith communities represent an important view on how immigrants are developing their participation into the European societies.

The thesis presents a lab-in-the-field experiment collecting data on gamblers’ behaviour. The study provides an estimate of the incidence of Problematic Gambling (PG) among the usual customers of a large betting agency in Milan. We elicit in an incentivized manner a large battery of behavioural traits in order to investigate which of them are mostly characterizing PG. Moreover, we investigate a causal relationship between gambling activity and behavioural traits. We also keep detailed track of the gambling activity during the day of the interview to see which are the more interest patterns of the gambling activity. The results underline important differences between real and experimental observation. When we use experimental task to investigate a possible variation in risk preferences due to gambling activity we do not observe any significant impact on risk preferences. When we inspect risk preferences using data coming from the real gambling activity we find evidence of the diminishing marginality phenomenon. The more losses they have collected during gambling, the more is the risk that gamblers are likely to take in the subsequent bets. These results indicate that gamblers are not risk-seekers in general, but their risk propensity seems to rise when they are involved in gambling.

Inginocchiarsi per i propri diritti 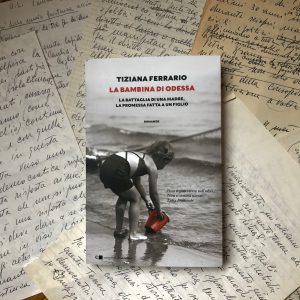 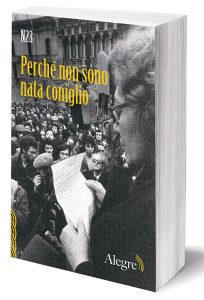